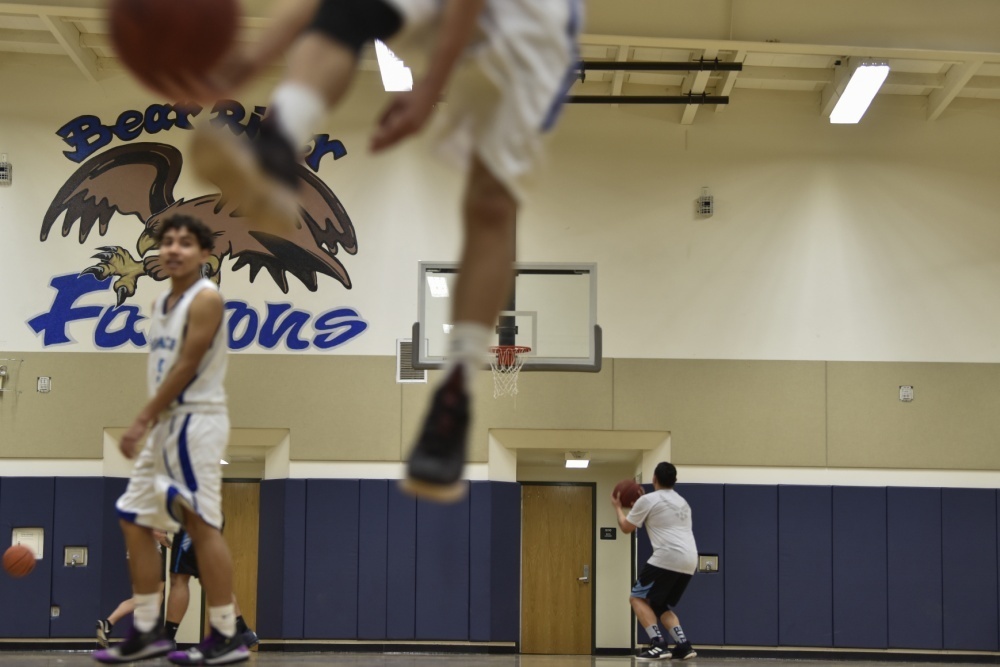 Within weeks of being stationed at Beale Ari Force Base, Staff Sgt. Jonathan, 48th Intelligence Squadron, heard news of the Butte County camp fires and the schools that were affected. He felt as Airmen he and others in the 48th IS would be able to provide support.

Jonathan thought of an event from a previous duty station that could directly help relief efforts.

“This was something we did when I was stationed in Louisiana to help those who were affected by Hurricane Katrina,” Jonathan explained. “I thought why not do it again and help out our community.”

The Airmen linked with the Butte County Office of Education and put together a friendly match of basketball. The Airmen challenged students from Bear River Middle School and Wheatland High School junior varsity team. The games were fast paced, but light hearted as all teams played for a good cause.

“The game came to fruition when our coach, Chad Clark, approached me over the Christmas Break,” Angela Gouker, Bear River Middle School principal said. “This was a fantastic opportunity for our students to learn the importance of “community” and giving back to those in need.”

The games were fast paced and light hearted as all teams played for a good cause. In between scores the students and Airmen interacted cheering each other on along with the crowd.

“Events like this bring people of all ages together and help remind each of us to be thankful for the good days in our lives because tragedy can strike at any moment,” Angela mentioned. “Wheatland and Beale AFB are incredibly giving communities!”

Working with the schools staff and members of the Beale community, the event raised $1,100. Funds collected will be used to help schools with supplies and restoration in the affected areas.